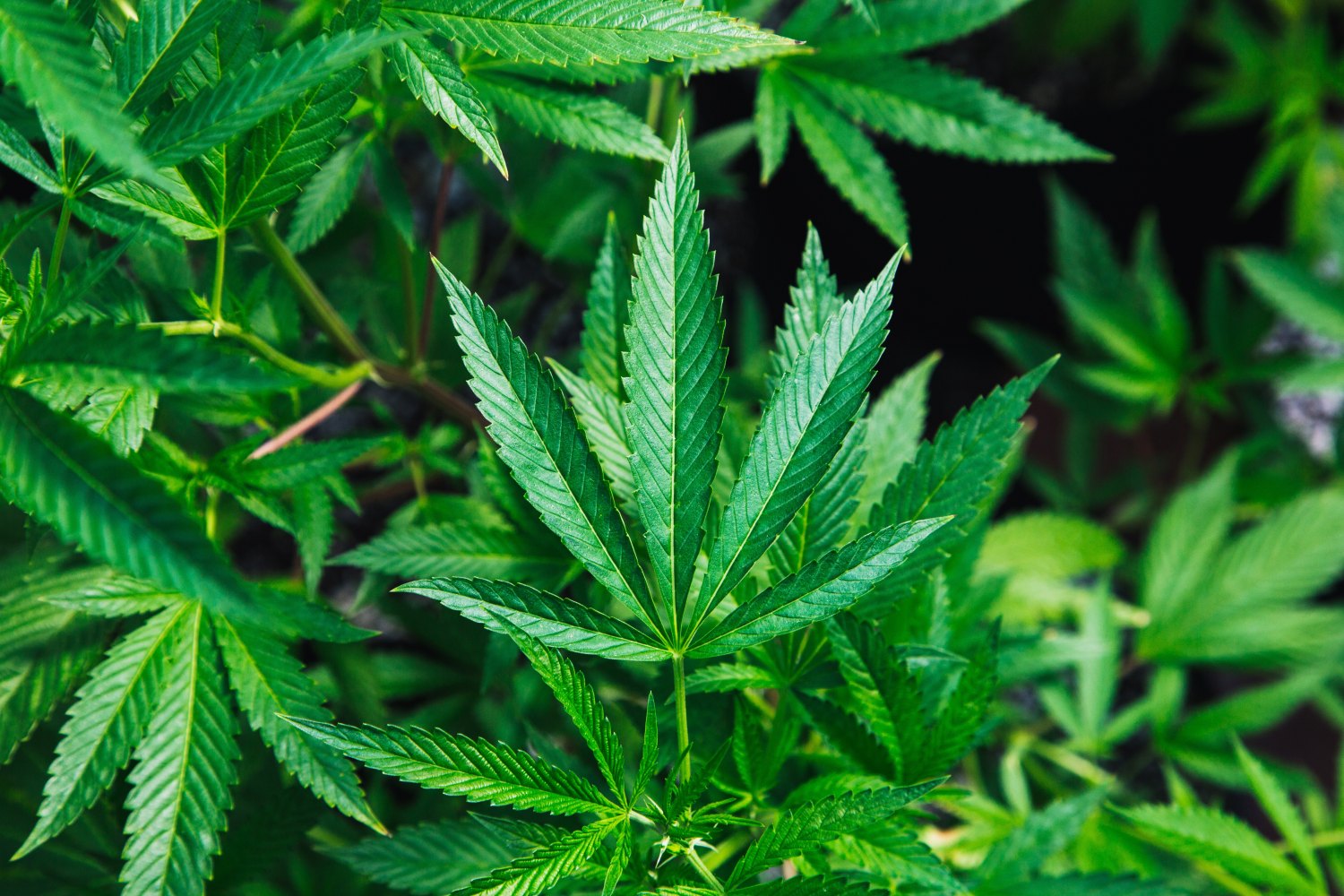 You’d have to be really dedicated to the topic of CBD regulation to waste a fine summery Friday to watch the FDA’s public hearing on “Scientific Data and Information About Products Containing Cannabis or Cannabis-Derived Compounds.”  If you didn’t, no one can fault you. The hearing consumed a full ten hours and featured more than 100 speakers. That’s more characters than Game of Thrones.

Much of the testimony was unsurprising as categories of stakeholders generally  protected the stakes of their categories. Certification providers wanted more certification requirements. Researchers wanted more research funding. Pharmaceutical manufacturers wanted recognition that cannabis and its derivatives is a drug. Dietary supplement manufacturers wanted regulatory tracks that enabled CBD dietary supplements. Hemp cultivators and CBD manufacturers wanted clarity, uniformity and the liberty to get on with growing, transporting and selling their products. Doctors wanted caution and physician-oversight of dispensing.  Parents testified about adult and minor children either, in their view, saved by CBD or stolen away by THC-containing products.

But not all comments were predicable or siloed.  Each group brought enlightening and helpful points about cannabis and its market and the panel’s questions opened a small window into the FDA’s thinking which, let’s face it, is really why most of us tuned in. Key takeaways from the hearing are:

The FDA recognizes that it has the obligation to act. Dr. Ned Sharpless, Acting Commissioner of the FDA, delivered the opening remarks, which can be read here.  He acknowledged that the cannabis industry has pushed ahead in what is currently a mismatched patchwork of differing state regulations, while an evolution in federal law has resulted in the removal of low-THC cannabis products from the Controlled Substances Schedule.  Certain hemp products, he noted, have already been determined to be Generally Recognized as Safe (GRAS), but other hemp products, including CBD and other cannabinoids, regardless of their status under the Controlled Substances Act, cannot be added to food and beverage until the FDA says so. Pointing out that CBD is considered a “drug” and is therefore forbidden in conventional food, dietary supplements and beverages, the FDA seeks more information so that it can determine whether an exception to the no-drugs-in-food rule is appropriate for CBD and other now-unscheduled cannabis derivatives.

There are real risks associated with [CBD and THC] and critical questions remain about the safety of their widespread use in foods and dietary supplements, as well as other consumer products – including cosmetics, which are subject to a separate regulatory framework . . .

. . . While we have seen an explosion of interest in products containing CBD, there is still much that we don’t know . . .

. . . To help us evaluate [consumer safety] questions, as well as potential pathways for CBD products, FDA has formed an internal working group to address these data gaps specifically. You’ll be hearing more from this group in the months to come.

There is a wide belief in the industry that nearly 100% of CBD or CBD-infused products currently on the market are mislabeled.  Several presenters demonstrated survey results of products they purchased from the retail market and analyzed.  Each asserted that most, and in one case, 100% of the products they analyzed contained CBD concentrations different from the disclosures that were printed on the label. In some cases, CBD was significantly less than disclosed or entirely absent from a product claiming to contain CBD. In other cases, CBD concentrations exceeded amounts disclosed by a significant percentage. Some CBD products contained significant amounts of THC that was not disclosed on the label.  None of the presenters disclosed the brands or products they tested. Presenters also claimed that products improperly contained pesticide residues or chemicals introduced during extraction processes.  Public health representatives urged scientific research, regulation and more transparency for the public.  There should be more labeling uniformity, they said, so consumers can reliably compare products and be protected from substandard products and false claims.

Dosing was a concern. Public health advocates, doctors and pharmaceutical manufacturers testified that that appropriate dosing varies widely according to age, sex, genetic makeup, stomach contents, cannabis history, and method of delivery (eg., inhalation vs. ingestion) so, “a dose isn’t a dose isn’t a dose.” That members of the public would “self-treat” conditions or complaints based on information gathered from “internet experts” was flagged as a safety risk. One particular public health advocate darkly warned the FDA not to “repeat the opioid crisis.” Others simply advocated for a swift, streamlined regulatory process to tame the “Wild West” market.

The CBD industry is already too big to eliminate. FDA hosts, public advocates and industry representatives alike acknowledged that a billion-dollar industry already exists and that it will continue to mature with or without the federal regulators. Certain larger, more prominent manufacturers  advocated for a “level playing field,” claiming that smaller market participants were eating their lunch by freely manufacturing and selling CBD and THC products in violation of the current federal law, while “law abiding” food, dietary supplement and drug manufacturers are forced to wait for a legal path to open. Public health advocates urged the FDA to act quickly, citing statistics indicating that anywhere from a third to a half (or, according to Consumer Reports, over 60%) of the adult population already use CBD. Regulations are required, they said, to keep the public safe and a two-three year process is far too slow.

Doctors differed in their perspectives.  Some claimed cannabis is a dangerous product and that they see bad results “every day” because the public “doesn’t know what it’s getting,” though  in most instances, it was unclear whether the anecdotes related to THC-containing products or CBD. Others pleaded with the FDA not to foreclose access to CBD products outside the pharmaceutical market, because patients who can’t afford pharmaceutical-manufactured drugs or have conditions for which effective conventional drugs haven’t been developed rely on CBD for relief. Some claimed to have seen adverse reactions; others claimed to have prescribed hemp for many years with no adverse reactions reported. In most cases, side effects of CBD or hemp-derived products were considered mild, the two most reported being drowsiness and headaches. “Cannabis-related psychosis,” was raised as a concern by several presenters, but this complaint appeared to be limited to THC-containing products and a scientific basis for the claim was unclear.

Veterinarians saw potential in CBD for pets, but wanted more studies and clear regulation before allowing the administration of CBD to pets; specifically, dogs, cats and horses.

Representatives of the manufacturing industry urged the FDA to implement a swift rulemaking process setting out clear and consistent regulations so that manufactures are not subjected to the risk of conflicting state laws.  Most manufacturers were in favor of allowing low-dose CBD to trade in the marketplace without prescription and to allow different tracks for low doses in food, low doses in dietary supplements and higher doses by prescription or doctor referral.  Manufacturers wanted clear labeling standards, a pathway to obtain evidence for health claims, and age restrictions appropriate to delivery systems (such as inhaled products vs ingested products).

Researchers differed. Some researchers believed that there was not yet enough research to support the wide and unregulated use of CBD. Others disagreed, stating that, for example, 150 published studies can be found at the National Library of Medicine that determined CBD to be safe and to have many health-supporting qualities. The World Health Organization released a report in 2018 finding that CBD has a “good safety profile.” More studies have been conducted overseas, but these are largely unrecognized by U.S. regulators.  One FDA panel member seized on a claim that CBD was better for individuals than Vitamin C and asked the presenter whether he would give CBD to his children. When the presenter hesitated and then answered “no,” the panelist asked “Do you give Vitamin C to your children?” “Yes.”  Of the researchers who presented, most were in favor of more research and, of course, more funding for that research.  Researchers also uniformly urged the FDA to cut the red tape that prevents their access to cannabis and cannabis derivatives for studies, one pointing out that her 21-year-old son has greater legal access to cannabis products as a consumer (presumably only under state law) than she does as a DEA-approved scientist.  Certain researchers urged the FDA to look beyond THC and CBD to other cannabinoids to determine to what extent their use should be allowed.

The FDA is interested in raw data, not conclusions or anecdotes.  FDA panel members asked questions at the end of many presentations, and most were related. When presented with studies or surveys, they wanted access to the raw data rather than be limited to the conclusions. In most cases, presenters agreed to provide this data on a confidential basis. Many, however, will submit information to the public docket.  The FDA was especially interested in:

Another takeaway to note is that the plaintiffs’ bar is gearing up, with at least one presenter claiming that cannabis-derived products are “full of contaminants”, that violence is caused by cannabis, that cannabis consumers (presumably of THC products) are driven to psychosis and suicide and that the industry has misled the public about its addictive qualities and risks. One particular plaintiffs’ activist group in New Jersey claims to have filed 1000 personal injury claims against manufacturers to date.

The FDA set a July 2, 2019 deadline – now extended to July 16, 2019 – for comments to be submitted to the Docket.  Many presenters committed to submitting comments and data after the hearing. Others asked for an extension of time to August 2. It is not yet known whether the FDA will extend the comments deadline, but given that the FDA is hungry for data, an extension would not be surprising.

At this point, however, July 2 is the deadline. Comments may be presented online via the link above or by snail mail to: